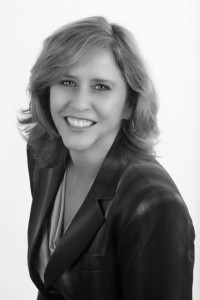 Kathleen Van Osten has worked successfully at the State level since 1985 and has provided advocacy services since 1998 before the Legislature, Governor’s Office and Administration and every Constitutional office.  She has successfully advocated on behalf of corporate, municipal and nonprofit clients, including Bridgepoint Education, Encore Capital Group, United Airlines, Google, TechAmerica, SAP, NET, AT&T, Unisys, the L.A. Dodgers, the Cities of Beverly Hills, Fresno and Monrovia and many others.

Ms. Van Osten served 13 years in the California legislative arena prior to joining the lobbying arena. She served as the Director of the California Senate Majority Caucus staff during the tenure of then-President Pro Tempore John Burton, where she was responsible for guiding strategic planning and implementation of concepts to assist the (then) 23 Democratic legislators in the Majority Caucus.

Ms. Van Osten also served in the California State Assembly for ten years, primarily as a senior consultant to the former Democratic Leader and Assembly Transportation Chair, Assemblyman Richard Katz.   She was responsible for the Assemblyman’s legislative and policy agenda, budget issues and special projects. During her tenure, she developed expertise in a variety of public policy areas, most notably on state water policy and environmental issues, criminal justice and education.

Ms. Van Osten has also served as a consultant to the Rand Corporation, providing research and writing services for Rand California, an online source of information on matters pertaining to public policy and economics in California.